Unus Annus was a joint YouTube channel created and run by Mark Fischbach and Ethan Nestor-Darling. The two did a variety of activities on the channel, uploading one episode per day, while steering clear of normal gaming videos they are known for. Ethan represented the "Unus," while Mark represented the "Annus" persona.

The channel was created on November 13, 2019 as a way of giving their viewers a once in a life time experience, free of, what they considered as, restrictive guidelines, with the end-goal being to remove all of its content from YouTube after a one year run without any intent of preserving it, as well as discontinuing Unus Annus' merchandise, hence the channel's name, which translates to "one year" in Latin. This method aligned with Mark's idea of not everything being immortalized on the internet and that the most treasured experiences lie within those unique, fleeting moments, tying into Unus Annus' symbolic imagery of frailty and death, and their commonly used term "memento mori" (Latin expression for "remember that you have to die").

In addition, Mark also stated that they would be issuing copyright takedowns to any re-uploads of the channel's deleted content without their permission, albeit they would allow images and short, transformative excerpts to remain. On November 14, 2020, after a twelve-hour broadcast, Mark, Ethan, and Amy made all of Unus Annus' social accounts private and finished off the livestream by terminating the channel.

On November 14, 2019, Mark and Ethan replaced their social accounts' profile pictures and banners with solid white and solid black images, respectively. The following day, both of them posted a channel specific version of "This Will End in One Year" video, addressing their audience in a monotone voice about the then-upcoming Unus Annus project. The two were dressed in suits; Mark in white portraying "Annus" and Ethan in black portraying "Unus," with each representing the aforementioned colors.

Both videos linked to Unus Annus' channel introductory video of the same name, in which Mark and Ethan described their plans to upload one episode per day onto the channel for a full year, before eventually removing all of its content from YouTube with no intention of preserving it, hence the channel's name, meaning "one year" in Latin. The only exceptions to the 'one episode per day' rule were Unus vs. Annus challenge where they uploaded two videos side by side in a single day, and the Omegle video that was taken down by a third party via privacy claim. In addition, Mark also stated that they would be issuing copyright takedowns to all of Unus Annus' reuploaded material without their permission, albeit they would allow images and short, transformative excerpts to remain.

Unus Annus' theme is centered around life and death, with its primary colors consisting of solid white and black, as a tie-in to the aforementioned symbolism. Its primary imagery featured an hourglass with a skull inside each cylinder, representing the incessant passage of time, as well as them etching towards the series' deletion date. The channel's slogan was "memento mori," a Latin phrase meaning "remember that you are going to die."

Each video's intro would start off with a slow rise of Mark and Ethan's distorted voices, chanting the channel's name in unison. Alongside its introduction and closing credits was a timer, overlaid across a black screen that counted down from 365 days and 12 hours, with each subsequent upload subtracting 24 hours off the clock to indicate the remaining lifespan of the channel. This same process would be applied to all of Unus Annus' future episodes, until their final upload and eventual deletion of the channel.

A number of videos would abruptly end, similarly to that of a suspense horror movie, with an exaggerated scene centered around the episode's theme, usually implying either Mark's or Ethan's demise. With the exception of a few videos, almost all of Unus Annus' thumbnails featured an Archimedean spiral pattern, either across its background or as part of the featured visual element. The song "Turncoat" by Michael Rothery was often used during their announcements and acts as the channel's unofficial theme.

The project, initially sharing multiple placeholder titles (such as "This many days left," "365," and "Annus Singulos"), had been in works for several months prior to its announcement. According to Mark and Ethan, Unus Annus was created with the intention of diverging from their mainstream content, as both of them felt burned out from making almost exclusively gaming-related videos for several years. In one video's post-credit scene, Mark and Ethan described Unus Annus as an opportunity to push themselves out of their comfort zones and experiment with more creative and unconventional content, something they would not normally be able to get away with on their main channels, due to YouTube's strict, advertiser-friendly guidelines, monetization issues and age restrictions. Despite the two placing numerous Easter eggs across various episodes and their audience's enthusiasm for hidden secrets and plotlines, most of the channel's ideas were made up on the spot without an end goal in mind.

Although some viewed it as an absurd celebration of death, Mark commented that the actual purpose behind Unus Annus' theme was about learning and accepting the inevitability of one's own demise and making the most out of their limited time, as his general principle is that a person needs to give their life some kind of meaning in order to truly appreciate it. This also tied in with Mark's views on the frailty of digital media, as he stated that people have a false idea of everything being immortalized on the internet. Despite enjoying their time together, Mark expressed relief to be done with the project, noting that it ate up too much of their time, requiring at least three days per week to do, as well expressing issues with fatigue.

Between March and early June 2020, as a result of the COVID-19 outbreak, Mark and Ethan put their ongoing projects on hold in order to abide by California's mandatory lockdown and social distancing policies. Over the past few weeks, the two kept producing small-scale videos separately from one another, only interacting through voice chat and video calls. Nearly three months later, after confirming that all crewmembers tested negative for the virus, the Unus Annus team resumed their work around mid June, 2020, while making sure to follow the safety protocols by limiting their set to as little people as possible. Although the channel managed to recuperate and continue with their work, the production was notably downsized and several ideas were scrapped due to the ongoing epidemic at the time. Despite the setback, the two had no interest in prolonging the channel's lifecycle as they felt that it would diminish the meaning behind its initial creation.

Following the plot behind "The Truth of Unus Annus" episode, Mark and Ethan were supposedly taken over by their Unus and Annus personas, as they prepared for their final two weeks. The remaining twelve days were spent commemorating the channel's one year run with various side activities and send offs. In addition, Ethan and Mark updated their social media profiles to that of Unus and Annus respectively, swapping out their regular user names and icons with those of their alter-egos and stylizing their accounts' banners to the characters' respective colors; black for Ethan and white for Mark.

In "Accepting the Truth," Mark and Ethan announced a twelve-hour long livestream starting on Friday, November 13, 2020, at 12pm PT, which would serve as the channel's finale. During the broadcast, Ethan, Mark, and Amy Nelson would replay and review their videos, interact and share various works with their fans, as well as interview their crewmembers and collaborators. Following the twelve-hour mark, the trio made all of Unus Annus' social accounts private and wished their viewers one final goodbye before terminating the channel. According to Mark, the two planned for the series to end exactly on Friday the 13th, as the date itself is often associated with misfortune and various superstitious beliefs.

Although the characters of Unus and Annus, portrayed by Ethan and Mark respectively, existed as their alter-egos from the channel's inception to its deletion, not much was done to establish the two as standalone figures and their presence has had little to no impact on most of the series' episodes, only being used as a catalyst for single segment plotlines. Their most notable features are the hand-tailored monochrome suits, black for Unus and white for Annus, aligning with the channel's dualistic symbolism of life and death.

In "We Made Every YouTuber Battle in the Hunger Games," Mark and Ethan jokingly stated that the two figures of Unus and Annus are separate entities from themselves.[2]

During Camp Unus Annus, while Mark sarcastically teaches Ethan how to start a fire, Ethan's Unus persona walks up to the front of the house and presses himself against the front window, as Mark begins to act maniacally, lunging himself at Ethan with a knife, before the scene cuts to another shot of them peacefully roasting marshmallows over the fireplace as if nothing had happened, implying that Unus' presence somehow caused the aforementioned event.

In "The Truth of Unus Annus," after finishing a shoot for another video, Mark and Ethan start to hear their own voices addressing each other over walkie-talkies, noting that their one year is almost at an end, asking them to accept the reality behind it. The scene then cuts to a shot of an Unus Annus-themed coffin, with Ethan and Mark approaching it from each side of the screen. Looking inside, a flash of light envelopes the two as Unus and Annus take their place and approach the screen, exclaiming "It's time to say goodbye," before the video cuts to black.

Following the channel's deletion, Mark and Ethan made commemorative vlogs to reflect on their one year run.[3][4] In their subsequent videos, whenever the two would allude to or directly mention any content associated with Unus Annus, the video's editors would jokingly apply censorship to the scene or leave out the channel's material altogether.

Throughout Unus Annus' run, Mark and Ethan issued various challenges to each other or to their viewers to participate alongside them. Whether the challenge succeed or not often depended on the channel's audience. Pending on the outcome, the two would either award their viewers or punish each other with an elaborate ritual of their choosing.

Main article: All Our Video Ideas That Never Happened

Following the debut of the channel's first video on November 15, 2019, Mark and Ethan launched the Unus Annus online store that sold a variety of clothing items and accessories, often featuring a limited release of products that were stylized around the channel's monthly theme. During its twelfth and final month, the store held a "Resurrection Sale," allowing customers to purchase items from previously limited merchandise drops.[6] Following the channel's deletion, the online store was permanently shut down. Unus Annus' merchandise was designed, manufactured, and shipped by Second City Prints.[7] Additional merchandising included vinyl figures by Youtooz.[8][9] 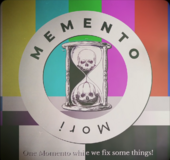 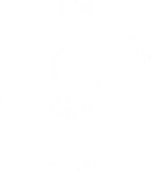 Left to right: Evan, Ethan, Mark, and Amy at the set of Camp Unus Annus

Ethan and Mark as Unus and Annus, respectively, during the channel's last thirteen days

Mark, Amy and Ethan, moments before the channel's deletion 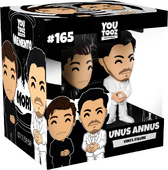 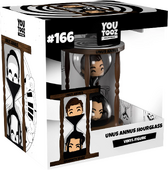