Tiny Box Tim is, as his name suggests, a tiny wooden crate who was first encountered in Markiplier's playthrough of the highly-rated Amnesia custom story "A Late Night Drink". To Mark, Tim has some sort of sentience, as he voices what Tim would say. In addition to Amnesia, Tiny Box Tim was also encountered in a number of other custom stories. Though Mark has not mentioned anything regarding Tim's true appearance, fans have created what is the most accepted version of him - sporting large blue eyes, stick-like arms and brown-balled hands.

Mark showed signs of joy, optimism and adoration when he first encountered Tiny Box Tim while searching for a key to the attic. Mark immediately became fond of Tim and entitled himself with the role of Tim's protector - this display of friendship lead to Mark pretending to establish a rather sad but brief back story for Tiny Box Tim, implying a prior life of victimization ("Do you smell a key around here? Do you smell a key? Behind those boxes? The boxes that bullied you, 'cause you were smaller?! I'll kill 'em! I'll kill 'em all!").

When Mark is separated from Tim after he is hurdled down into a sewage system, he cries over the loss of his companion before moving on with the play through.

Tiny Box Tim reappears at the end of the Let's Play, filling Mark with joy as soon as he enters the hallway to see him. To Mark's disappointment, however, a scripted event prevents him from picking up objects, including Tim. Mark then requests for Tim to guard the door while he finishes the custom story.

Mark was reunited with Tiny Box Tim in 'RETURN OF TINY BOX TIM'. Tim displayed happiness when reuniting with Mark, but as he neared the final door, he threw Tiny Box Tim across the room.

Tiny Box Tim appears to Mark early in the beginning of the game appearing outside his house. When Mark notices him, he's overjoyed and enthusiastic to see him. In game, he is larger and is wearing a warfstache. When Mark narrates Tim, he uses a high-pitched voice. In game, he is Mark's only party member and is level 99.

Tiny Box Tim appears in a Markiplier mod of Don't Starve. He moves along with Mark and can carry several items in him. When Mark sees him on screen, he is overjoyed to see him. He can carry four objects inside him.

In Mark's playthrough of the Amnesia custom story known as "The Four Horsemen", Tiny Box Tim appears in the second episode.

Fan-made adventure made on RPGMaker shows Tim's story in Vincent's manor before he met Mark.

With the Addition of Markiplier

Tim acts as the main antagonist of fan-made game "With the Addition of Markiplier". Fed up with constantly serving as a shield or bait for monsters, he destroyed Mark's computer, killed Yamimash and Jack, and tried to suicide blow Mark, Bob and Wade. True ending of game supposes that Mark smashed Tiny Box Tim in punishment. However, as Mark didn't like both endings, this story is probably not canon.

With the Addition of Markiplier: Asses and Angels

Tim is in Mark's room next to the computer. Mark was surprised and terrified when Tim greeted him. Mark asked how Tim was still alive since Mark used the power of the Warfstache to kill him previously. Tim explains that there are many Tiny Box Tims in the world and that the Tims in this game have the power to show Mark visions. In the garden, Tim from the first game's grave is visible.

Tim appears as a saving/healing feature in the fan-made RPG game Dream.exe. When used, Mark can be heard saying 'Thank you, Tiny Box Tim!' in the background.

During Markiplier's playthrough of Siren Head: Retribution in the 55th episode of 3 Scary Games, he encounters a small oblong box on the shelf and is ecstatic, shouting "Tiny Box Tim!" instantly picking him up and making a rude remark at another box that was on the shelf about how it is oblong, and a rectangle, but is shocked to find out that Tim is also a rectangle, taking back the remark he had made previously.

Mark picks him up and takes him with him as he progresses through the game, eventually after a restart due to Mark missing an important subtitle, he finds a backup fuse in the back of the player character's van and picks it up, leaving Tim to guard the van, as he restarts the power of the main building, he runs back to the van to grab Tim, asking if anything strange has happened in the woods, Tim doesn't seem to reply with anything negative. Mark then proceeds to turn on the power.

After a scripted sequence plays, Mark finds out that the van has been shoved in between two trees, he is happy that he didn't leave Tim near the van as, quoted from Mark himself, "that would've been a tragic demise." He leaves Tim to watch a broken-down car as Mark gathers materials for Tim to be able to repair it. Tim replies in a harsh voice, of which Markiplier replies to stating a rhetorical question about how his voice sounds different, as if he hasn't spoken in 5 years. Tim warns Mark to watch out for the monsters, likely Siren Head, in the woods.

As he approaches the main building again, now holding a wheel, he shouts to Tim from far away to fire the car up, Tim replies stating he needs the wheel, and Mark tells him to shut up as he has the wheel, Tim tells Mark not to be rude and Mark apologizes, saying he didn't mean it like that. Mark gets to the car and attaches the wheel, asking Tim if everything is alright, Tim replies positively stating everything to be okay. Mark tells Tim that his voice is getting better, and Tim replies happily and implies that it is due to throat lozenges.

Mark returns to the car with fuel, and says he's unsure that they're both going to get out of this situation, Tim optimistically replies, reassuring Mark to press on. Mark tells Tim that his voice is still bad, and Tim apologizes, also stating that it is the best he can do.

Mark eventually dies due to the fact he couldn't find the last component, the car battery, and Siren Head catches up with him. He then moves on to the next game, Tim's fate is unknown.

Off-shoots refer to Mark applying the Tiny Box Tim concept to miniature objects and animals across other games: 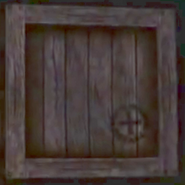 Texture of a box in Amnesia: The Dark Descent 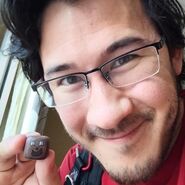 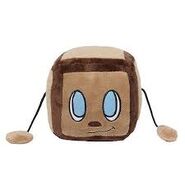 One of many variations of Tiny Box Tim plushies